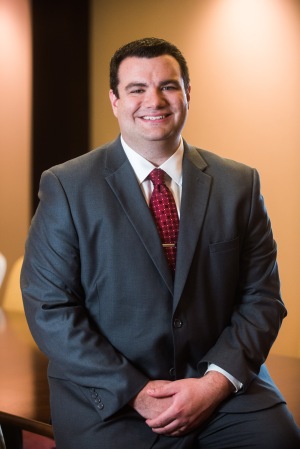 Attorney Daniel Myers is the founding member of Myers Law, LLC. As an attorney, Dan has successfully represented homeowners, consumers, small businesses, and large corporations in a variety of legal matters, handling everything from small claims disputes (cases involving $3,000 or less) to million-dollar class actions. Dan regularly represents clients in civil lawsuits and disputes across Ohio.

Dan focuses his attention on representing homeowners against bad residential contractors, employees with minimum wage and overtime pay concerns, and property owners as well as commercial contractors in construction defect cases. Dan knows how to use Ohio’s Consumer Sales Practices Act (CSPA) and Home Solicitation Sales Act (HSSA) to advocate for his clients. He has written advice articles for consumers, homeowners, contractors, and other lawyers. He has published in the Ohio Association for Justice Trial Magazine, and frequently gives advice at seminars and workshops to Ohio consumers.

Dan has successfully represented homeowners across Ohio against unscrupulous construction contractors. The son of a Toledo-area union bricklayer and community/family advocate, Dan learned the value of hard work, honesty, and loyalty from an early age. Throughout his life, Dan has diligently and tirelessly fought on the side of people and businesses who have been wronged. He brings that same dedication to his work as an attorney.

Dan has been interviewed about various legal issues by local news stations in Cleveland, Ohio, and has served as an expert witness on consumer law-related issues in various courts around the State of Ohio.

After graduating from Case Western Reserve University, Dan attended law school at the Cleveland-Marshall College of Law. While in law school, Dan served as the Submissions Editor for the Cleveland State Law Review and represented clients in the Employment Law Clinic. After working part-time throughout school and actively involving himself in the community, Dan graduated in the top 5% of his class.

During his free time, Daniel volunteers with the Legal Aid Society of Cleveland, is a board trustee on the Cleveland-Marshall Alumni Association, and is an active member of the Cleveland Metropolitan Bar Association’s Unauthorized Practice of Law Committee where he volunteers his time to protect consumers from illegal acts of non-lawyers. He also spends time biking, kayaking, and hiking with his wife, Ashley and husky, Loki.